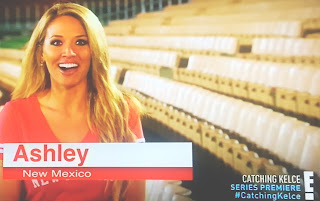 Hi everyone!! I’ve received so many questions about the show since the premiere of “Catching Kelce”  last week! I figured I would take the opportunity to answer some of those questions here on the blog but I wanted to start by saying THANK YOU!

Thank you so much to everyone who took the time to watch the premiere last week! The support for #TeamNewMexico has been insane and I truly appreciate every single comment, text, and call.  It means the world to me that you all have been so kind and gracious with your words! 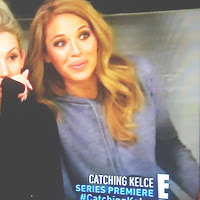 How the heck did you end up on a reality television show?
(No, this is not a joke or fabricated story)

Two hours after my three and a half year relationship ended surprisingly and unexpectedly, I got a text from a former titleholder and friend asking if I was interested in applying for a new reality tv series.  Needless to say I applied and eventually got the call saying “pack your bags, your moving to LA”  ….  Everything happens for a reason!

What did you think would separate you from the other 50 women?

From the day I applied, I left it in God’s hands. I promised myself that I would stay true to who I was and if it was meant to be, it would be! 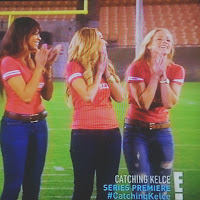 Did you think you were going home the first night?

Yes, I didn’t know what to expect.  We went from 50 to 20 so quickly! Once the top 20 moved into the mansion we didn’t know when the next elimination would happen.  I was sitting in between Kansas and Arizona during the first elimination line-up and those were the first two names called, so I was definitely freaking out.  Those two girls, Kara (Kansas) and Jordan (Arizona) were two of the first friends I made in the house so that was unfortunate that they both went home the first night.

How was meeting and talking to Travis?

I can be a pretty shy and reserved person (especially when it comes to talking to guys) so naturally I was really nervous!  Thankfully he is just as goofy and down to earth as he appears on TV so that made it easier!

It was no easy task and I’m not sure I can say that I packed successfully.  I brought 5 suitcases!   I already have an issue when it comes to packing light so having to be prepared for different events, dates etc. was difficult.  I also live a pretty healthy lifestyle and can be a picky eater so I brought one suitcase full of food.  Let’s just say I was really happy I didn’t have to pack up all my things at the end of episode one! 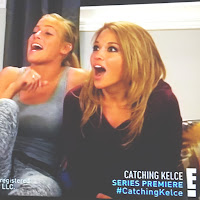 What can we expect in episode two?

I think the sneak peek clips online (Click Here) say it all!  There’s a twist in each episode, Travis will pick one girl who goes on the group date and it’s her decision to strategically choose which other girls will go on the date with her. At the end of the group date, he decides who he wants to take on the coveted VIP date. All of the fun starts this week, so stay tuned!

Thanks for stopping by the blog! Feel free to leave comments or more questions below!

And Don't forget to tune into a brand new episode of #CatchingKelce on Wednesday, 9|8c only on E! 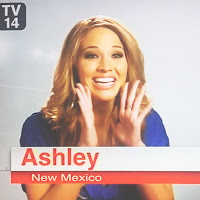